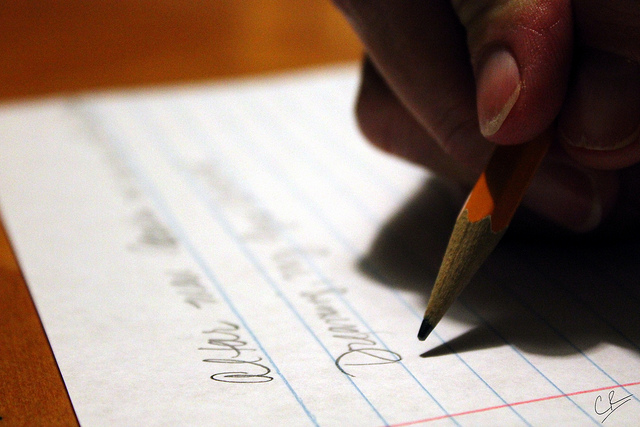 In the late ’80s my wife, Sylvia, and I decided to work with a Hispanic church on the north side of South Bend. They wanted some Anglos to serve as Sunday School teachers for their young people. The church was initially named Iglesia Evangelica Anabautista (Anabaptist Evangelical Church), later Iglesia Evangelica Emanuel (Emanuel Evangelical Church). We eventually joined the new church. After a few years the congregation decided to relocate to a building at Walnut and Western – within the community where most Hispanics lived. Soon after the move we decided it would be good outreach to offer English as a Second Language (ESL) at no charge to those in the community who wished to improve their English. This was in September of 1991 or so.

A few members of our church formed a basic start for our student body, but we soon had many join who were not church members – I think mostly by word of mouth. At first the faculty were all church members. Sylvia and I served, as did Ruthi Tucubal and Rey Hernandez. Rey had to quit after about a year and his wife, GlendaRae took his place. We varied in our ability to speak Spanish, from a few words to very fluent. Some of us took some classes offered by the South Bend Schools on how to teach ESL. A good ESL teacher does not need to know the language, but I have to say that what little I knew from my high school Spanish classes sure helped. Over the years a few other nonmembers also helped out. The ESL classes survived a split in the church and relocation, finally to the Rum Village Partnership Center.

Shortly after we first moved a lady named Kay Blower volunteered to help baby sit. Through her contact the idea arose for GlendaRae to teach Spanish to the Anglos of the Rum Village while others of us were teaching ESL to Hispanics. This came about and Hispanics and Anglos mixed during break time.

This project built peace primarily by providing many Hispanic immigrants the experience of being treated with respect by several Anglo Americans and, when the Anglo students came to learn Spanish, treated as equals. I know as far as I am concerned I gained a great deal of respect for Hispanics in general by working with them. They are hard workers and very friendly. I met very few I did not think would make good neighbors and citizens.

The program gradually died out around the time the U.S. began conducting raids on various businesses in the community and generally getting tougher on what were called illegals. I suspect most felt they needed to keep a lower profile and get out in public less. And some of our students may well have been deported. We finally closed shop in November of 2005.